What is a Group Action Claim?

Read on for expert advice on joining a Group Action to claim compensation - fill out our quick callback from to speak to one of our team today.

A Group Action is where several people - sometimes even thousands or millions - are affected by the same issue. In America they are called Class Action Lawsuits and that term is often used over here as well, although we tend to refer to them as Group Action Claims.

Normally there is only a single Defendant (i.e. the "at fault" party) or a small number of Defendants and the Claimants (people affected) are all affected by the same, or similar, problem(s).

Because the issues of cases, like liability (fault) and the suffering of individuals are all either the same or similar, it doesn't make any sense to bring thousands of claims for individual people across the country in various different Courts. What makes more sense is to group the victims together and then fight for the common issues as one case in the High Court of Justice.

Not only does this make more sense but we, as lawyers, and victims claiming have a duty to minimise the use of valuable Court time, so grouping eligible cases together is the accepted way forward.

What is a Group Litigation Order?

A Group Litigation Order (or GLO as we tend to call it) is an Order produced by the court to allow claims to be grouped together for a Group Action. If the court grants us permission to do this then we can move ahead with claims as a group where people can join the GLO proceedings and be a part of the action.

Does everyone claim the same compensation in a Group Action?

No - claims are still settled based on their individual merits.

The value of a claim is usually dependent on how badly a person has suffered, so if this is an injury claim, then it comes down to how bad your injuries are. If it's a financial claim then it can come down to how much money you have lost.

The Group Action may allow for precedents to be set as to how much claims may be worth based on certain factors, and people can be generally categorised to make the process easier; but each person is still entitled to claim for what they are owed. The precedents we set can be based on evidence used in what we call the Lead Test Cases, but the merits of each individual claim can still be assessed meaning you can settle your claim for its true amount.

What is a Lead Test Case?

Thousands of claims can be grouped together, and then the common issues can be 'tried' without having to take every single case to court. The way we do this is normally by having one, or several, Lead Test Cases that do go through the courts for common issues to be resolved and for useful precedents to be set.

The results of a Lead Test Case can then be relied upon for all the other claims so we can fairly and efficiently settle large groups of cases without having to take each one to court - which would take way too long and would severely overburden the court system!

Again, as stated above, each case can still be settled on its own merits, but the Lead Test Cases can helpfully resolve the common arguments and set really useful precedents.

How do I know if I have a Group Action Claim?

If you have been affected by a particular scandal that affects hundreds or even thousands of people then you may have a Group Action claim.

As Group Action Lawyers we will normally advertise the Group Actions we're helping people for so you can find out if you have a Group Action Claim. If you have been the victim of a widespread scandal or issue then the Defendant should be contacting you to let you know anyway, and this can be the first indicator that you may be able to join a Group Action.

Do I have to join a group action or be on a GLO?

You should do if a court has approved a GLO. If you tried to pursue your claim outside of it for no good reason then the courts may not allow you to do so.

The whole idea of the Group Action is to make sure claims are being pursued efficiently, so avoiding this without any good reason may be seen as inefficient and you can be penalised for this

Need some help or advice?

We have admissions of liability from the lawyers acting for the NHS. This is one of the worst data breaches in the history of the NHS, and we’re negotiating claims for a large group of victims.

It's not too late to claim, so please contact us urgently if you’re now ready to start a case.

This is set to be the biggest Group Action in the history of the UK, and our lawyers are leading it.

We have issued proceedings in the High Court of Justice, and we act for thousands of victims here in the UK, fighting for victims on a No Win, No Fee basis.

We're acting for a group of people affected who have given us a wealth of information about the problems, including photos of staff on strike who say they haven't been paid in months! Not only is this completely unfair on the local workers and people of the area, but holidays have been ruined.

A number of patients of Dr Angamuthu Arunkalaivanan have been fitted with potentially dangerous mesh implants, contrary to instructions from the relevant Trust. A recall has now taken place, and we’re acting for victims involved.

If you have been affected by this recall, please contact us for advice. 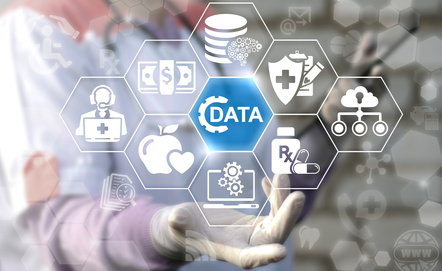